This week a new app was launched by Jelly Industries, a company founded by one of Twitter’s co-founders; Biz Stone. The app is built on the concept “if you have a question, someone will know the answer”. The app is called “Jelly” and it uses your social network to deliver answers to your question. It combines social media principles such as question and answering, photo sharing and search engines. You could describe it as Google meets Yahoo Answers meets Instagram.

The basic idea is simple; you take a photo, you ask a question and then post it to your social media networks. Think about it, your social media timelines are full of people asking for advice so why not make it easier? And make it look nicer too! Usually, when you need an answer to a question, you type it into google. This process can often be tedious and may not always deliver.

Available on iPhones and Android phones, this app makes it possible to ask questions to a large and broad audience at the push of a button. It also encourages you to answer questions and help out those who might help you. 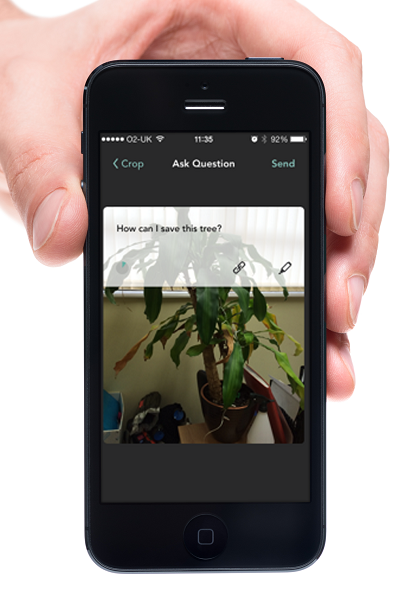 Will it catch on?

Since the internet became popular, there have been hundreds of social networks, but very few of them have been a success. The main issue with this app is that it is not doing anything that can’t be done with the Facebook and Twitter apps that are already available. However, this app can make it easier and quicker. The jury is definitely out as to whether it will catch on. Maybe you should use Jelly to ask you friends if they think it’s a good idea?

Did you enjoy this article? You can easily share it with friends and colleagues!